Must-see places and sites to discover in Portugal: The top 8!

Crowned best tourist destination in Europe in 2017, Portugal is a country for adventurers at heart. In southern Europe, this coastal country enjoys a pleasant climate that attracts thousands of tourists every year. Its beaches, its monuments and its landscapes are easy to discover. Nature lovers, history buffs and the curious can spend unforgettable moments in towns with unique charms. Discover in this guide 8 unmissable places and sites that are worth a visit in Portugal.

The municipality of Comporta in Portugal

The municipality of Comporta is the first place you must visit if you decide to take a trip to Portugal.

120 km from Lisbon, this fishing village is a unique place due to its geographical position. It is surrounded by the ocean and is located in a sparsely urbanized setting made up of rice fields and dunes. Its preserved landscapes and the calm of the place offer an ideal setting to recharge your batteries and connect with nature. The municipality of Comporta is both:

The stretches of fine sand and the atmosphere make this wild landmark an essential destination. Located in the Tróia peninsula, Comporta is also home to other treasures such as: the rice museum and the Sado dolphins. You can also visit the Roman ruins of Tróia, the port of Palafítico de Carrasqueira and the rice fields.

For more information on the attractions of the municipality of Comporta, you can consult the site alma-da-comporta.com.

The Tower of Belém, the citadel of Lisbon 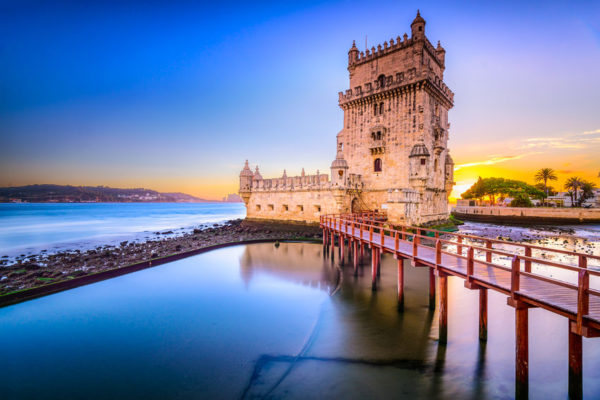 On the banks of the Tagus River, in Lisbon, majestically stands the Tower of Belém. Built around 1519 by King Manuel I, the citadel served to protect the entrance to the port of Lisbon. This tower played an important role in trade between Europe and China. It served as a fortress and base for Portuguese explorers. The latter notably enabled Portugal to be the leading maritime power in the world at the time. The Tower of Belém has been the privileged witness of many events such as the passage of caravels for the African coasts. Since 1983, the building has been listed as a UNESCO World Heritage Site.

If the Tower of Belém impresses, it is partly thanks to its architectural style. It presents on 3 floors a magnificent Manueline style decoration. The latter developed at the end of the 15th century during the reign of Manuel I. Born of a cultural mix, Manueline art is a skilful blend of several styles of the time. It gives pride of place to decorative motifs related to navigation and the sea. We can therefore find shells, fish and waves in the motifs.

The Tower of Belém houses balconies and terraces that offer breathtaking views of the surrounding landscape. 35 meters high, the Belém Tower also houses a pretty garden and a casemate (bunker). Restored in the 1840s by King Ferdinand II, the building was declared a national monument in 1910.

Cap Saint-Vincent and its magnificent cliffs 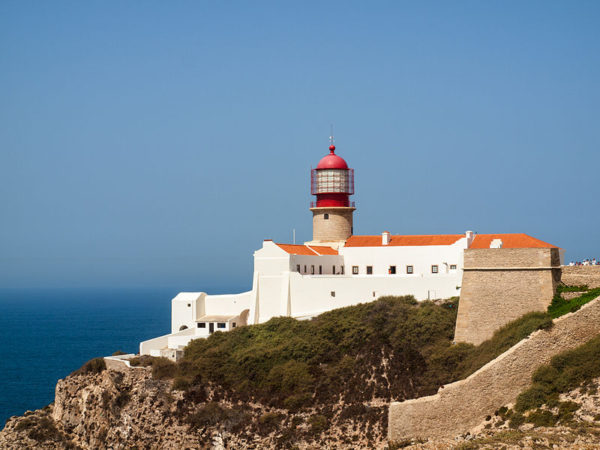 In the extreme south-west of Portugal, nature lovers will be seduced by Cape Saint-Vincent and its primitive landscapes. The magnificent cliffs, the beach and the turquoise waters invite you to relax and rest. In this corner of paradise, nature lovers can discover:

The presence of menhirs bears witness to the rich past of this sacred site. The marine life itself is truly impressive. You can observe seabirds such as the northern gannet, an excellent diver who feeds on fish. In the depths of the sea you will also find dolphins, killer whales, whales, sea turtles and sharks.

Natural wonder, geological wonder and natural cathedral, the Benagil cave has many qualifiers. This beautiful and incredible sea cave is located in Benagil, a small fishing village in southern Portugal.

The Benagil cave has curves and dimensions that fascinate. The interior, quite impressive and voluminous, has the appearance of the dome of a cathedral. A trickle of light reaches the interior through a hole in the roof. This geological formation is not the only one in the region, but it is by far the most beautiful. With its fine sandy beach and crystal clear waters, this cave offers a unique spectacle that attracts thousands of tourists.

To get there, you can board one of the many boats that are offered to tourists. You will therefore have the opportunity to make a real excursion. You can also access the cave using a kayak. You will therefore evolve at your own pace, taking full advantage of the view offered by this magnificent landscape.

Finally, some prefer to swim to the cave. This solution is a little dangerous, because the water is very cold. In addition, the swimmer must be experienced and physically fit due to the currents which can sometimes be very strong.

Alternatively, you can take a tour west of Benagil. You will be amazed by the Praia da Marinha, considered one of the most beautiful beaches in the world. To the east of the village, Carvalho beach or smugglers’ beach is also a magnificent place that is worth a visit.

The National Palace of Pena, the historical building of Sintra

29 km west of Lisbon is Sintra, a seaside resort of great charm. On one of the peaks of the city’s mountains, the Pena National Palace stands majestically. This building was built by King Ferdinand of Saxe-Coburg-Gotha, on the ruins of a 15th century monastery. Begun in 1839, construction was completed in 1885, on the death of the sovereign. Like most historic buildings in Portugal, the architecture of the palace blends many styles. Among other things, we find Gothic, Baroque and Manueline art.

Located in a 200-hectare park, the monument features bright colors: yellow and red. So you can’t miss it if you are in the area. Inside, in addition to the Arc de Triton, visitors will be able to contemplate:

The balconies of the building allow you to admire the surrounding landscape. Since 1910, the Pena National Palace has been a state property. So you can visit it with your family or friends.

The Temple of Diana, an imposing Roman monument 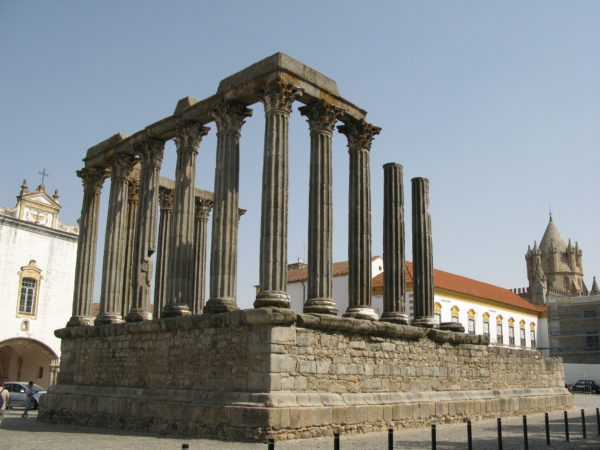 The Temple of Diana or Roman Temple of Évora is a building dating from the 2nd century. It is located in the city of Évora, in the central south of Portugal. Listed as a UNESCO World Heritage Site, this monument bears witness to the Roman presence in Portugal.

The temple is named after the Roman goddess Diana, who has power over procreation. The building was destroyed in the 5th century before being integrated into the walls of a medieval building. It will then be restored in 1871 by the Italian architect Giuseppe Cinatti.

The Lello bookstore, a must in the city of Porto 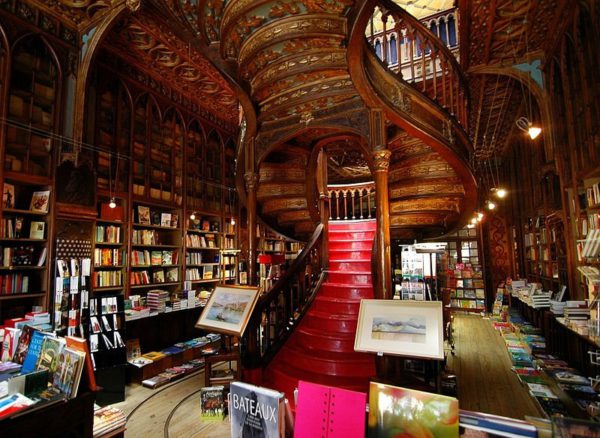 Located in Porto, the Lello bookstore or Chardon bookstore is considered one of the most beautiful bookstores in the world. It has an impressive architectural style, with many patterns. The façade of the bookstore houses two figures representing Art and Science. Inside, the decoration is sublimated by the large glazing of the roof, the double-flight staircases.

The current building was built in 1906, but the building has existed since 1869. The bookstore changed owners twice and fell into the hands of the Lello brothers in 1894. They first chose the name “Société José Pinto Sousa Lello & Irmão”, before renaming it “Livraria Lello e Irmão” in 1919.

According to the British information newspaper The Guardian, this building is the 3rd most beautiful bookstore in the world.

Porto Santo or the golden island 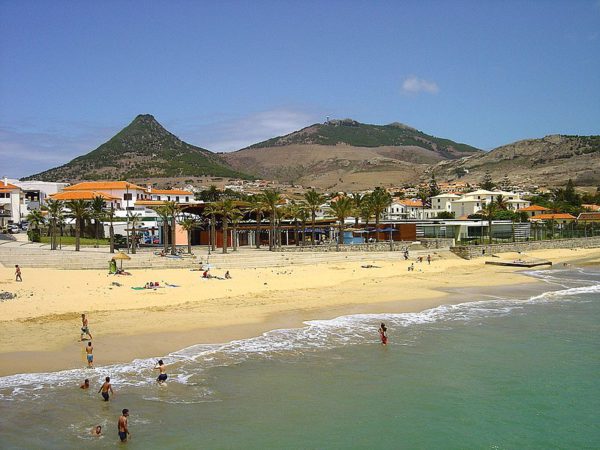 On the Madeira archipelago, Porto Santo welcomes visitors in a unique and fascinating setting. It is nicknamed the golden island because of its golden beach. The desert color of the landscapes also offers an almost unreal spectacle. Covering an area of ​​approximately 43 square kilometres, Porto Santo has a pleasant climate, suitable for hiking and water sports. It is in this corner of paradise that the famous explorer Christopher Columbus lived.

To enhance your stay, you can also visit several uninhabited islands such as:

What to remember? Portugal is a dream destination for tourists and history buffs. Its tourist monuments and monuments make it a country of exceptional charm. Don’t hesitate to visit it during your next vacation.